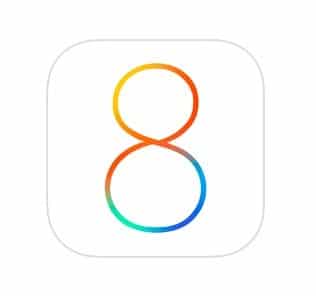 iOS 8 includes new and exciting features that will make your iPad (and other iOS devices) more powerful, interactive and easier to use.

But, when is the next iOS 8 update happening?
According to Apple, iOS 8 will be released this fall, on September 17th 2014.


In the next section I will summarize some of the new features coming up on iOS 8 as well as their interaction with Mac OS X. You can find more about the new iOS 8 by watching the Apple Event presentation here.

Continuity will allow you to start a task on your Mac or iPhone (i.e. Safari web browsing, composing email, etc) and continue it on your iPad or vice versa.This feature will also let you answer or initiate phone calls on your iPhone from your Mac or iPad and send any kind of message (sms, mms) from any of your Apple devices. Very impressive! 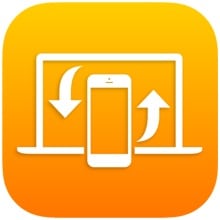 To use Continuity, you will need Mac OS X Yosemite on your Mac and iOS 8 on your iPad and iPhone.

On iOS 8 you will be able to view and reply to notifications such as email, calendar invitations and reminders without leaving the App you are currently in. You can also quickly reply to messages without having to switch Apps and continue with whatever task you were working on.

On top of the currently running Apps, double tapping on the home button will display the pictures of key people (the ones you recently interacted with).

The new Mail App will allow you to copy and paste text from previous emails into your new email messages. Just think how much time you will save!!

The new Spotlight simultaneously searches your device as well as the App Store, iTunes and the Internet for smarter results.

The iOS keyboard will support QuickType technology. With these feature you can get word suggestions allowing you to type faster.

Suggestions will be context sensitive. For example: somebody texts you and asks if you want to go for dinner or a movie, it will suggest you:
“Dinner”, “A movie” or “Not sure”


QuickType will learn how you type to different people but it will do so protecting your privacy since the learning will be unique to your device only.

During the presentation Apple shared that Messages is currently the most frequently used App on iOS. 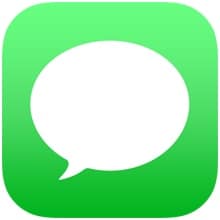 Several new features will be included on iMessage. At the group messaging level you will be able to name a thread, add & remove people from an ongoing conversation, switch your status to ‘do not disturb’ (avoiding to be beeped or bothered during meetings), and leave a thread. You can also share your location for an hour, until the end of the day, or indefinitely.

The new iMessage will group all attachments of a conversation in one place for easier access. It will also allow you to include audios and videos.

The new iCloud Drive will let you share any file across applications and platforms. iCloud drive will play an important role with the new Family Sharing feature (see below).

iCloud will start with the following tier plan:

Starting with iOS 8 you can create a family unit and share photos, calendars, reminder lists, as well as find your kids’ devices. You can also share your purchases of songs, movies, books and Apps. This will apply for up to 6 family members who all share the same credit card. 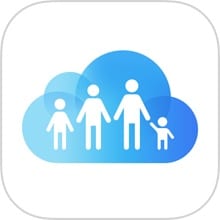 Once you set up Family Sharing, when your kids want to purchase an App, you will get a notification asking you for permission on your device.

With the new Photos App every photo you take will be automatically available on your other devices through iCloud, including the pictures you edit on your device.

HealthKit is a framework that allows you to store the information about a person’s health, including physical activity and vital signs, in one place. 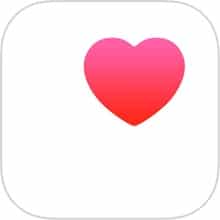 On the new iOS, you will be able to talk to Siri without pushing any buttons. All you will need to do is to say, “Hey, Siri”.
Siri will include Shazam song recognition which in turn will allow for content purchases on iTunes and new dictation in 22 languages.

What do you think of the new features introduced on iOS 8?
Personally, I look forward to giving iOS 8 a try on both iPad 2 and iPad Air. iOS 7 users should not fear the upgrade at least from the learning curve point of view. My understanding is that the old features will continue to work in the same way as they do today and the new ones should be fairly easy to learn.
I would love to hear your thoughts! Share with me by posting a comment below.