Do you have friends in another country?

Do you write fluently in more than one language?

Do you work locally in your mother tongue and need to write emails in a different language?

iPad allows you to add more than one language to your keyboard and then switch languages on the fly while you compose a document or email message.

Before we begin, please take into account that the language you are using as a baseline might be different than mine, but the example should make it easy to understand how to add and use any language on your keyboard.

Adding a new language to your keyboard

in this example, my default language is English and I’ll be adding Spanish to my keyboard.

Tap on general and then on Keyboard 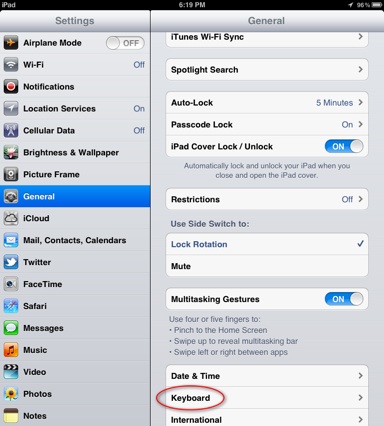 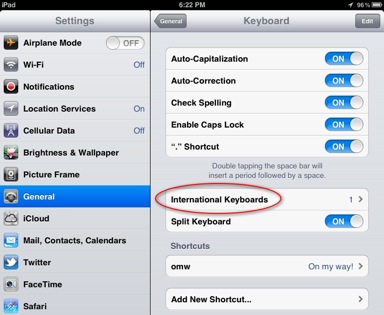 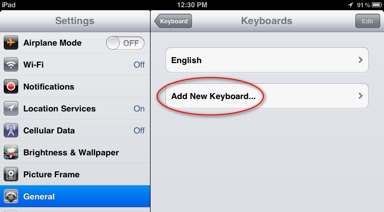 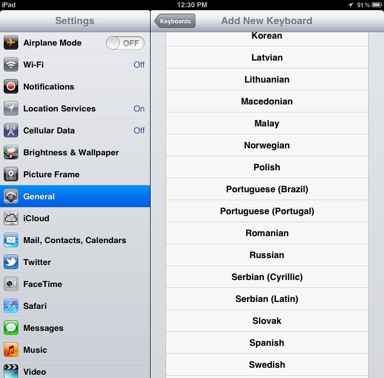 Choose the language that you need. In this case we’ll scroll down and tap on Spanish. iPad adds the language to your keyboard and on the “Keyboards” screen you’ll see Spanish is added to the list of keyboards. 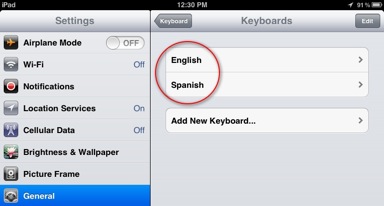 Now that the new language has been added, let’s see a quick example on how to use it.

From the Home screen, open an app that allows you to type i.e. “Notes”.

Once, inside Notes, tap on the “+” sign (top right corner) to start a new note and you will see the keyboard appear.

Tap on the “World” symbol button:

This will switch immediately between the two languages you have defined for your keyboard. In this case, English and Spanish. 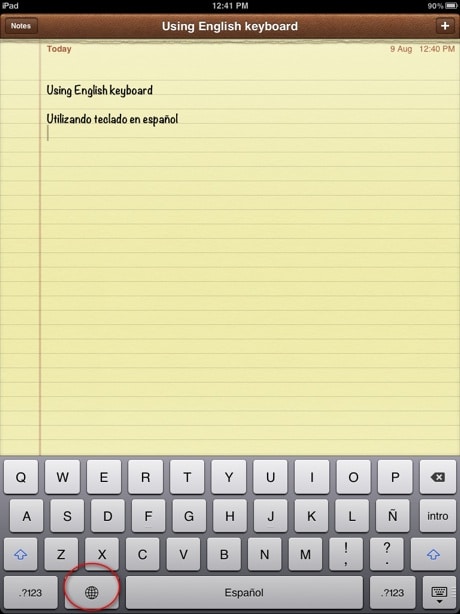 From now on, on any app where you will be using your keyboard, you can switch between languages by taping on the “World” symbol button. By the way, switching languages also switches dictionaries for word suggestions and spelling corrections.

Tip: If you find that your dictionary is behaving strangely ( by correcting or suggesting wrong words ) it may probably be that you have the keyboard set on the wrong language… Switch languages and try again.

If you liked this article please comment using the form below.