Star gazing has always been source of people’s admiration and curiosity. I remember spending several hours as a kid looking at the stars, especially during summer camp, trying to discover patterns, animals, or shapes as well as their meaning.

You don’t need to be a child to gaze up at the stars at night and contemplate the vastness of the sky and universe. For those of you who appreciate the peace and beauty of the stars or those who would like to know more about the stars, there is an iPad App you may really enjoy, like I do.

The App is called Skyview. There is a free version and a paid version of the Skyview App that costs $1.99.

If you are interested in other Astronomy Apps, check out Astronomy on iPad.

How to use the Skyview App

You can search for Skyview in the App Store. Have a look at this post if you need to refresh how to download and install iPad Apps.

Before you start the App, make sure you are connected to the Internet.

The Skyview App uses the concept of Augmented reality to view the universe from your iPad screen. According to Wikipedia, “Augmented reality is a live, direct or indirect, view of a physical, real-world environment whose elements are augmented (or supplemented) by computer-generated sensory input such as sound, video, graphics or GPS data.” 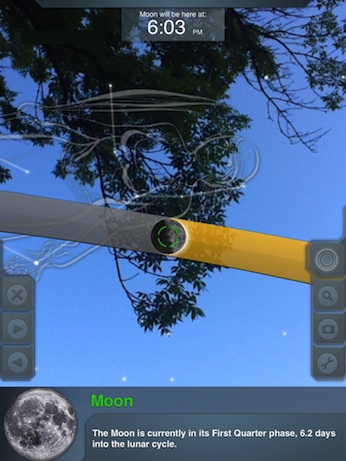 In summary, you look at the sky through your iPad screen, which in turn captures the sky images with its camera. At the same time you see the sky, SkyView displays real time information about the stars, sun, moon, satellites and constellations, including names, location and other facts or findings.

Skyview App can help us answer questions like, where is the big dipper? 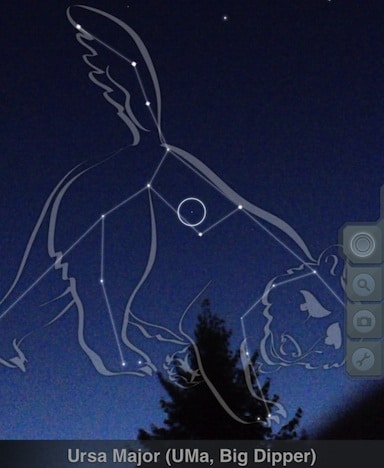 What is the name of that bright star? 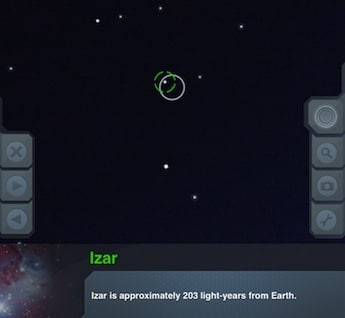 What’s the meaning of the name for the Leo constellation? 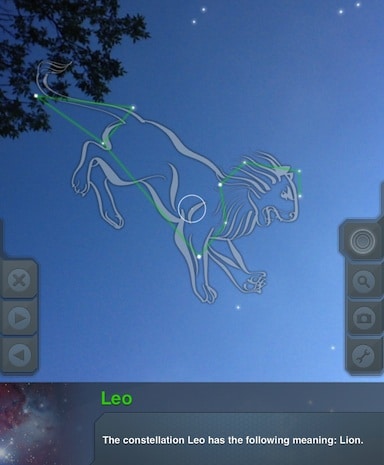 You can change visibility (on/off) for the Sun, the Moon, Satellites, Stars, Constellations and Camera. 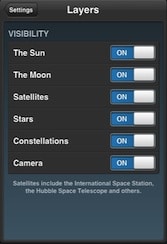 The Skyview App lets you search for the sun, the moon, stars, constellations and satellites. Simply select what you are looking for and follow the arrow to find it on your screen. 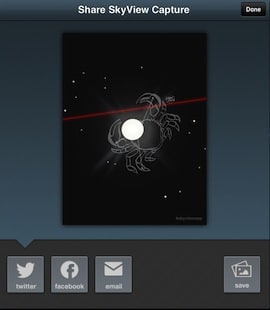 If you enjoyed this post, you may also like want to check out the following iPad tutorials.