Starting with iPad 2 and later, the tablet comes with two cameras, one in the front and one on the back.

Have a look at iPad Controls for more information. 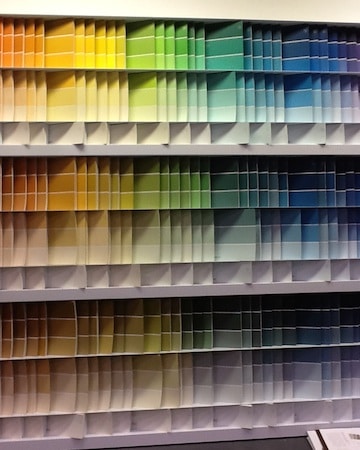 The Camera App embedded on iOS (the operating system) allows you to take pictures and record video with your iPad.

Whether taking pictures of your kids or some design project you are working on, the camera App has lots of features. Among others, it allows you to put together a slideshow with music, share pictures by email, Twitter, Facebook as well as assign a picture to a contact. Your pictures can be available automatically on your Mac or PC if iCloud is enabled.

On iOS 6 the Camera App got some upgrades in its functionality. I will cover some of the features on this post.

From the Home screen, tap on the Camera App icon.

The camera app starts and displays on the screen the image capture of one of the two cameras (most likely the rear camera).

To take a picture, press on the camera button on the center right of the screen.

Alternatively, you can also press the upper or lower volume buttons on the side of your ipad to take pictures as well. See iPad Controls for more information.

To switch between the Front and Rear cameras press on the “switch cameras” button on the lower right corner of the screen.

Switch between pictures and video capture

To select between pictures and video capture, slide the switch located on the lower right corner.

When in video mode, the camera button will turn into a recording button and will look like this:

The grid is useful when trying to have your pictures centered. To enable the grid, tap on Options on the lower left corner. Then slide the Grid button to On.

It’s time to see how your pictures look like. To view the pictures you’ve taken so far, tap the thumbnail square that is located on the lower left corner of your screen.

The iPad displays the latest picture you took. To see other pictures, slide left or right with one finger.

On my next post I’ll continue discussing about the Camera App and some editing features.

There are other camera apps available on the App Store. Which one do you like and why?

Let me know by posting a comment on the form below.