On a previous post we discussed the new World Clock app added on iOS 6 for iPad. On this post we will review the alarms, stopwatch and timer that are part of the same app. 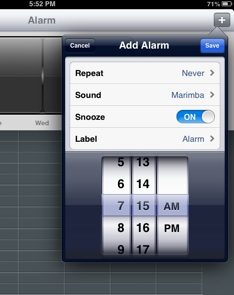 If you are a frequent traveler or if you use your iPad on a daily basis you might be interested in using the alarm feature that is provided with the world clock. I particularly liked the fact that you can now wake up to your favorite music using the songs available on your iPad library.

Tap on the “Alarm” button on the bottom menu. 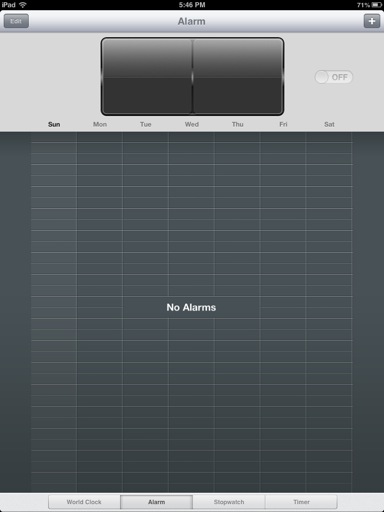 Tap on the plus button on the top right of the screen.

The Add Alarm dialog box appears. Select a time and label for your alarm. You can switch snooze on and off. Taping on Sound allows you to choose a ringtone or songs from your library that you want to play when the alarm goes on. There’s also an option to buy more ringtones from iTunes. Last but not least, you can select whether you want the alarm to repeat itself and when (you can select more than one day at the same time for repetition).

When you are done setting up the alarm, tap on the Save button.

Tap on the Edit button on the top left corner of the screen.

The Alarms dialog box will appear and display all available alarms. Tapping on an Alarm will open the Edit Alarm dialog box. 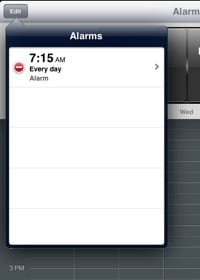 Do any changes needed and when you are done, tap on Save.

Tap on the Edit button on the top left corner of the screen.

The Alarms dialog box will appear and display all available alarms.

Tap on the red and white circle on the left of the alarm. A delete button will appear. Tap on delete to delete the alarm. 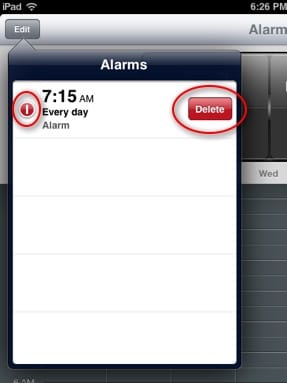 Stopwatch is fairly simple to use.

Tap on the “Stopwatch” button on the bottom menu. 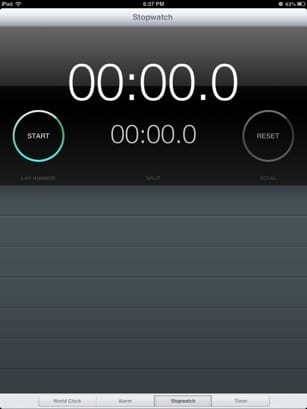 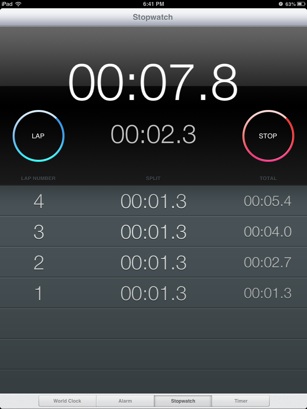 You can use the timer in the kitchen while cooking or baking. Please don’t let that cake burn! ;-)

Tap on the “Timer” button on the bottom menu. 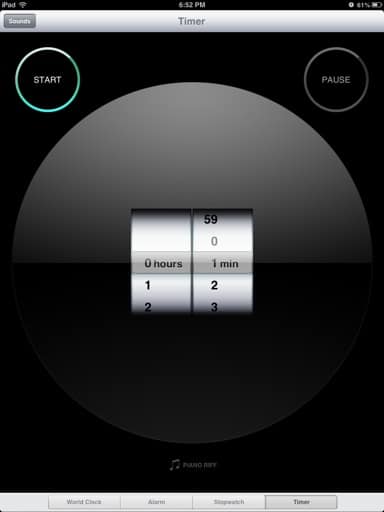 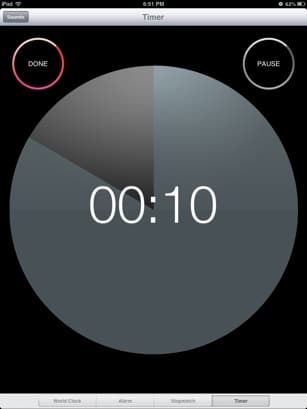 You can select the duration of the timer by sliding up or down the number of hours and minutes. When the timer finishes, it will play a sound. Sounds can be selected by pressing the “Sounds” button on the top left of the screen. 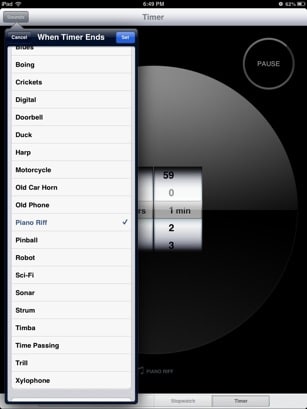 If you set an alarm at 3 am while following this post and playing around, now it would be a great time to go back to the alarms screen and delete it. Unless of course you really need to wake up at 3am to catch that exciting flight to Hawaii ;-)